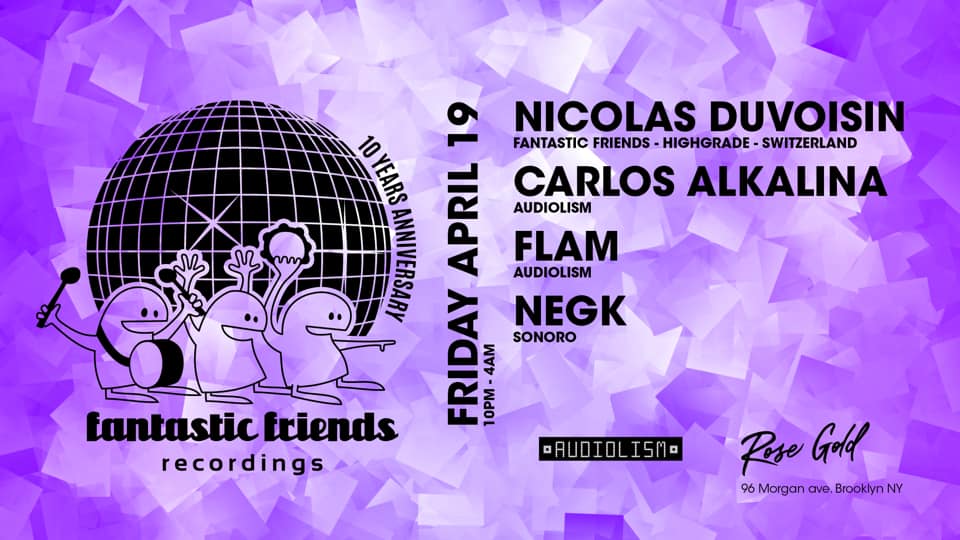 Debuting on a Reinforced sound-system and stage, Nicolas Duvoisin will be your captain for the evening. Home-hubbed in Switzerland, this party pilot is known for his warm vibes, securing international respect by gathering amazing crews of friends to play together. Fantastic Friends has featured the artistry of the likes of Mihai Popoviciu, Julien Chaptal, Tim Xavier and Lauhaus. In addition to being the label leader, Nicolas has commanded the dance floors as a DJ at clubs such as Sisphyos, Golden Gate, Super Market, Fuse, Hive, Output, and Monarch. His productions have received massive support from favorites such as Magda, Richie Hawtin, Luciano, and Laurent Garnier.

….Oh yea, we will also be celebrating the births of our fantastically fine friends, Rae Rejane and Negro Cabrera….And if you know either of these two, you will be partying like its 2009….or 1999? …or 1989?